Apparently to Facebook “private” only meant that third parties and hackers could see it.

You’ve probably heard by now that over 50 million Facebook users’ private data had been stolen by Cambridge Analytica during the 2016 presidential campaign. Here’s a summary of the story:

Since the exposure of this story, users around the world have been anxious to learn what information a data beast like Cambridge Analytica could have accessed after accessing the social platform giant.

Facebook has an incredible memory and downloading my own Facebook data was terrifying. I was presented with an insane amount of personal details that have been collected on my behalf over the years I’ve been a Facebook member,

It not only leaves space for contact information, but my family is detailed along with an extensive work history to which is actually saved “privately” on my profile.  Apparently “private” only meant that third parties and hackers could see it, not the general public.

In addition, phone numbers and email addresses of over 10,000 people I had come across in my 10 years of sales and recruiting had been stored, many of which belong to people not even on Facebook. This was all listed under the “Contact Info” and obviously scraped from my mobile devices.

Under the “Friends” tab, I was able to see a running tab of who I had connected with over the years, when I connected and when I disconnected as well! With an account constantly flexing around 2,000 friends.

The “Messages” tab was also surprising. If “de-friending” someone wasn’t enough to remove them from my data archive “Friends” tab, it certainly wasn’t enough to remove the messages either. Every conversation that I had encountered over the last 11 years from friends, strangers, exes and otherwise all reappeared and were obviously accessible to third parties and hackers.

But still, it gets crazier!!

When it came to the companies targeting me based on my preferences under the “Ads” tab, I was really surprised to find so many brands that I had never directly reached out to. After a little online research, I found this article by the Washington Post that outlines 98 touch points Facebook uses to connect us to their paid advertisers.

But Facebook doesn’t consider this exposure a hack or even a “data breach”.  They will go as far as accepting that this was a “breach of trust” but that’s where their ownership stops.

Deputy general counsel Paul Grewal released a statement on Saturday writing that “the claim that this is a data breach is completely false” because the researcher got consent from everyone involved. Andrew “Boz” Bosworth, Facebook’s former vice president of ads, took a similar stance.

So many of us are left asking, “Is it time to delete our Facebook accounts?”.  Some brands went noticeably offline this weekend, deleting their Facebook pages, even igniting a #deletefacebook movement,  but is it necessary?

Not really.  There are plenty of ways we can start protecting our privacy more than ever.  Check out this article for some easy “Spring-Cleaning” tips to a safer online experience. 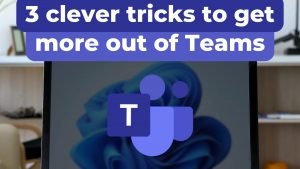 Three clever tricks to get more out of Teams

﻿ In just a few years Teams has risen to become the central hub for the way your business communicates and collaborates. It’s a smart 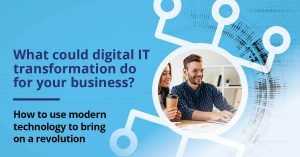 What could digital IT transformation do for your business?

As an ambitious business owner, you’re always looking for new ways to help your business develop, improve, and grow, no matter how successful it already 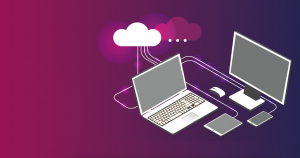 Everyone’s heard of the cloud. But do you know what it is? It’s likely you already use it in your personal life, perhaps to store 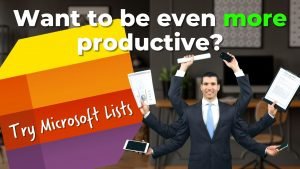 Want to be even more productive? Try Microsoft Lists

﻿ When you spend your days working across lots of different tasks and projects, you quickly realize the key to getting things done – is